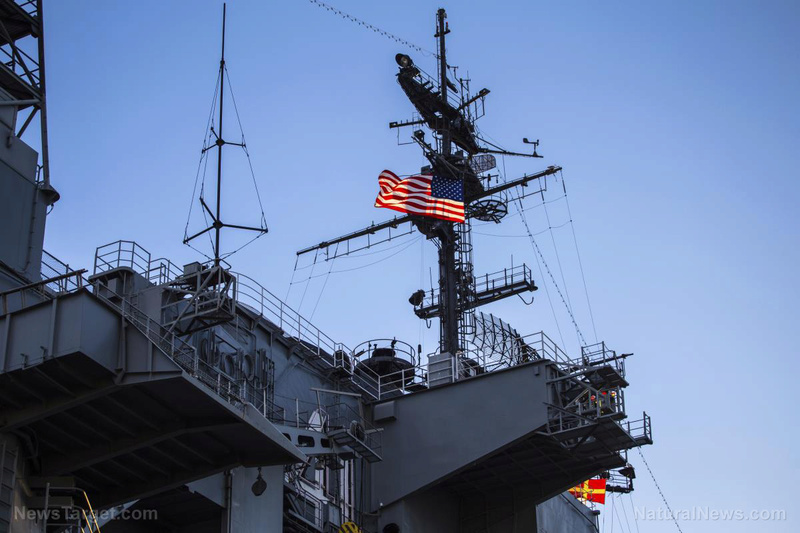 The evil agenda of certain nefarious forces that are trying to maliciously paint all fair-skinned people as racists continues to be exposed, as yet another deranged black person has been caught faking a “hate crime” against himself, the Navy branch of the United States military has officially announced.

Back in mid-November, Marquie Little reportedly posted pictures to his Facebook page depicting racial slurs scrawled all over his bed, captioned with the words: “I proudly serve in the Navy and this is what I’m receiving in return.” The implication was that white people committed this alleged “hate crime,” so naturally the story went viral among anti-white bigots.

But the whole thing was later discovered to have been faked, we now know, as an in-depth investigation conducted by the Naval Criminal Investigative Service (NCIS) revealed that Little made the whole thing up and lied to his virtue-signaling followers.

“A NCIS-supported command investigation following claims of racially-motivated vandalism aboard the (carrier) has determined that the alleged victim staged the incident himself,” stated Navy Commander Dave Hecht, a spokesman for Naval Air Force Atlantic.

“The United States Navy does not tolerate racial discrimination of any form and the well-being of our Sailors is our top priority.”

Because Little is black, the Navy will not be pressing charges against him for his crimes

Little obviously isn’t all that bright, considering that he really had nothing to gain from pulling this little stunt, and everything to lose. At the same time, he may have had an inkling that his potential punishment for being caught as a black person might not be as severe as it probably would be for a white person who committed the same crime – and this is exactly what happened.

According to reports, Little was not even charged, but was rather subjected to “administrative actions” that involved more “training and counseling.” He will be allowed to continue with his regular duties, while his fellow sailors are apparently being subjected to “anti-racism training.”

In other words, Little is getting off scot-free for pulling off a racist, false flag attack against himself, while everyone else who wasn’t even involved is being punished for Little’s crimes as they were reportedly forced to undergo “sensitivity” indoctrination. How’s that for “white privilege?”

This wouldn’t be the first time that fake, anti-white hate crimes have occurred in the military. The Air Force Academy recently had to deal with a similar incident in which five black cadets claimed that racist messages were written on the outside of their dorm rooms. Air Force Academy Superintendent Lieutenant General Jay Silveria was quick to take the bait, declaring before an investigation had even been completed that all racists in the academy needed to “get out” – of course referring only to white people.

However, once a proper investigation was completed revealing that one of the black “victims” was actually responsible for this malicious act of vandalism, Silveria never followed through in making this anti-white, racist black person “get out.” He was instead given an award by the Anti-Defamation League, a racist organization pushing an anti-white agenda, which declared that Silveria had handled the situation properly.

So the moral of the story is that black people are actually the ones with special privilege in American society, as they are free to commit crimes, blame these crimes on white people, and receive no punishment whatsoever. That’s because holding black people accountable for their actions is now considered to be “racist,” as white people are the only ones who can ever be racist, according to anti-white leftists.

The truth of the matter is that there is, indeed, an epidemic of racism in America today. But it’s primarily anti-white racism that’s running rampant, comprised of a growing segment of white-hating blacks and self-hating whites who know full well that they can do or say almost anything and get away with it.

Sources for this article include: